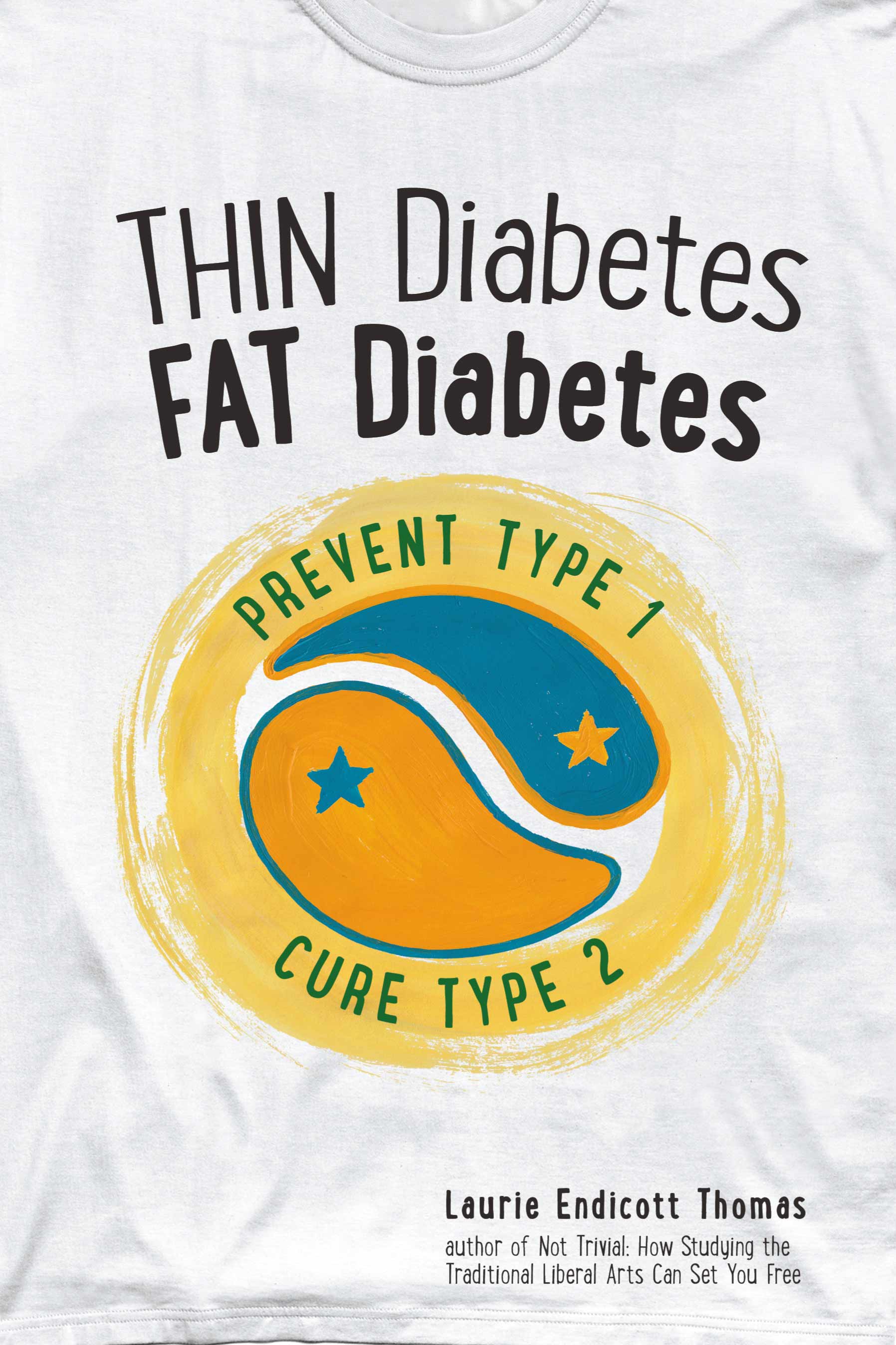 If you have fat diabetes, it means that you are a naturally thin person.

Order Now!
About the Book

Thin diabetes (diabète maigre in French) is the severe, incurable form of diabetes. If you have thin diabetes, it means that your pancreas is not making enough insulin to keep you alive. This damage to the pancreas can be caused by antibodies to a protein in cow’s milk.

Fat diabetes (diabète gras in French) is the mild form of diabetes that goes away if the person loses weight. Fat diabetes is due to insulin resistance, not insulin shortage. The body is resisting insulin in an attempt to burn the fat from the food, instead of storing it.

A person can have both problems (insulin deficiency and insulin resistance) at the same time. Low-​​fat, high-​​carbohydrate diets are good for people with any form of diabetes because they make the body more sensitive to insulin.

Preview
Disclosure of Material Connection: Some of the links in the page above are “affiliate links.” This means if you click on the link and purchase the item, I will receive an affiliate commission. I am disclosing this in accordance with the Federal Trade Commission’s 16 CFR, Part 255: “Guides Concerning the Use of Endorsements and Testimonials in Advertising.”