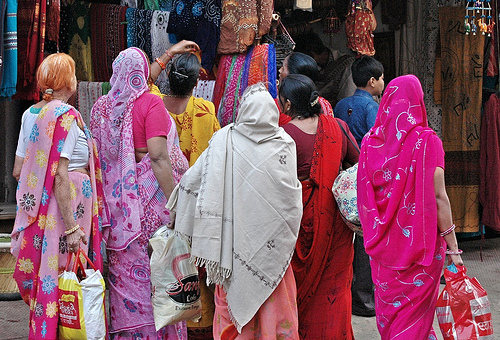 Over the past few decades, the number of overweight people has grown. So has the number of people with type 2 diabetes. Being overweight is a risk factor for type 2 diabetes. Yet not everyone who has type 2 diabetes looks fat. In particular, many Asian people with type 2 diabetes have a normal body mass index. Meanwhile, many terrifically fat people have no trouble with their blood sugar. Is there a simple explanation for this puzzle? There is! Many Asian people who look thin nevertheless are carrying a large amount of fat in their body. This problem is particularly like to happen to people who were very small when they were born, because their mother was malnourished during pregnancy.

Type 2 diabetes is a defense against weight gain

Your body does not use a scale or a tape measure to judge its own weight. Instead, it relies on chemical signals that come from the fat cells. If you have very little body fat, your fat cells will produce very little of a hormone called leptin. Your brain responds to this shortage of leptin by increasing your appetite. As a result, you will want to eat more food. In contrast, when you have already gained enough weight, you will produce more leptin. Your fat cells may also produce some other kinds of chemical signals. However, the signaling system that controls appetite is still not completely understood.

What is the body mass index (BMI)?

When doctors evaluate your body weight, they generally start by calculating your body mass index (BMI). The BMI is a statistic that is calculated from two measurements. It is your body weight in kilograms divided by the square of your height, in meters. This statistic was first used in the mid 19th century by a Belgian astronomer and mathematician named Adolphe Quetelet, as an index of body condition. In the mid 20th century, the famous nutrition scientist Ancel Keys pointed out that the BMI is useful in population studies, but it is inappropriate for evaluating individuals.

Some people complain that the BMI is a “hoax” or a “scam.” But it is simply a tool that is useful for some purposes but not for others. The problem is that the BMI does not indicate how much of your body weight is muscle vs fat. The BMI also tends to make thin short people seem thinner than they really are. It makes fat tall people seem fatter than they really are. To evaluate an individual’s body condition, you might have to use different measurements, such as the ratio of your waist circumference to your height.

The weakness of BMI for evaluating individuals was highlighted in a famous article that was published in the Lancet in 2004. The authors were Chittaranjan S. Yajnik, MD, and John S. Yudkin, FRCP. Both men had a BMI of 22.3 kg/​m2. However, dual X‑ray absorptiometry imaging showed that Dr. Yajnik’s body weight was 21.2% fat, while Yudkin’s body weight was only 9.1% fat. The authors described this finding as the “Y‑Y paradox.” Others have called it the “thin-​fat Indian phenotype.” They have noted that people from South Asia tend to store fat around their abdomen. They recommend that Indians should not have a BMI higher than 22.9 kg/​m2.

The differences in body condition between the two men are not surprising. Dr. Yudkin was a marathon runner. In contrast, Dr. Yajnik’s main form of exercise was “running to beat the closing doors of the elevator in the hospital every morning.” Also, Dr. Yajnik weighed less than 5 pounds when he was born. Low-​birthweight babies will have a higher risk of obesity and type 2 diabetes when they grow up. So the higher risk for this “thin-​fat” phenotype among people from South Asia may not be due to a genetic difference. It might be the long-​term effect of early malnutrition or low birth weight among populations that suffered from food shortages. In other words, the difference may look like a genetic difference, but it could be the long-​term result of environmental differences.

The traditional Indian diet is good for people with diabetes

The good news is that the traditional Indian diet, which is a low-​fat diet based on rice and pulses and vegetables, is an excellent way to control your weight and your blood sugar. We are seeing a rise in type 2 diabetes in India today because people are becoming more prosperous. As a result, they are eating a richer diet and gaining more weight. People with the thin-​fat phenotype may not look terribly fat, but their body may be fatter than it wants to be. As a result, they may get type 2 diabetes.