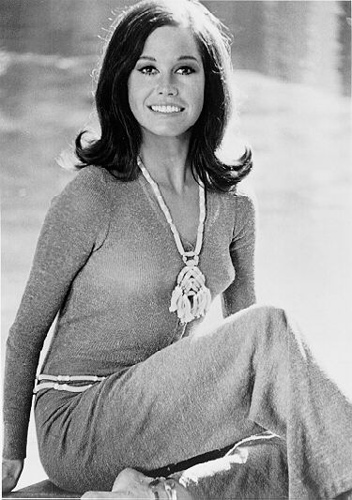 Mary Tyler Moore won fame and fortune because of her beauty and her skill as an actress. However, public health activists admire her most for her work as International Chairman of the Juvenile Diabetes Research Foundation. Moore came down with “juvenile” diabetes at the age of 33. Thanks to insulin therapy, she was able to live with her “juvenile” diabetes until she was 80 years old. Moore’s case of diabetes can help you understand the difference between the two main types of diabetes mellitus. Mary Tyler Moore had type 1, which the French call diabète maigre, or thin diabetes. In contrast, Tom Hanks got type 2, which the French call diabète gras, or fat diabetes.

Each type of diabetes mellitus is a different disease, with its own set of causes and treatments. However, all types of diabetes mellitus have one important thing in common. If left untreated, they cause a sugar called glucose to build up to high levels in the bloodstream. When there is too much glucose in the blood, some of that glucose will start to leak out through the kidneys, taking water with it. As a result, the person will pass a lot of sugary urine. Because of the loss of water, the person will get thirsty. Because of the loss of sugar, which represents calories, the person will lose weight. For this reason, untreated diabetes mellitus produces the following classic signs: too much urine, heavy thirst, sugar in the urine, and weight loss.

By the 1870s, it was clear that at least two different diseases could produce this same set of signs. One of those diseases was severe and tended to strike in childhood. Its victims were usually thin to start with, and they would lose weight rapidly. For this reason, French doctors called it diabète maigre, which means thin diabetes. Within a few days to weeks after diagnosis, these patients would go into a coma and die. There was no cure and no effective treatment. The other form of diabetes mellitus was much milder, and it was curable. It tended to strike adults who were at least a little bit overweight. It would go away if they lost weight. For this reason, French doctors called it diabète gras, which means fat diabetes.

To avoid this confusion, English-​speaking doctors now talk about “type 1” and “type 2” diabetes. Yet these labels do not help you understand which type is which. For this reason, I urge people to say “thin diabetes” and “fat diabetes.”

Mary Tyler Moore had thin diabetes. Her pancreas could not make enough insulin to keep her alive. For this reason, she had to take insulin shots every day from the time she was 33 years old. In contrast, Tom Hanks got fat diabetes. It means that he is a naturally thin person who has been eating too much fat. To burn the excess fat instead of storing it, his body began to resist the effects of insulin. When he kept gaining weight anyway, his insulin resistance got so bad that his blood sugar went up. The hard way to solve this problem is to eat less and exercise more. The easy way to solve this problem is to cut out the fat and eat a high-​carbohydrate diet. Unfortunately, many doctors tell their patients to avoid carbohydrates. As a result, the patients eat a fatty diet that makes the problem worse. 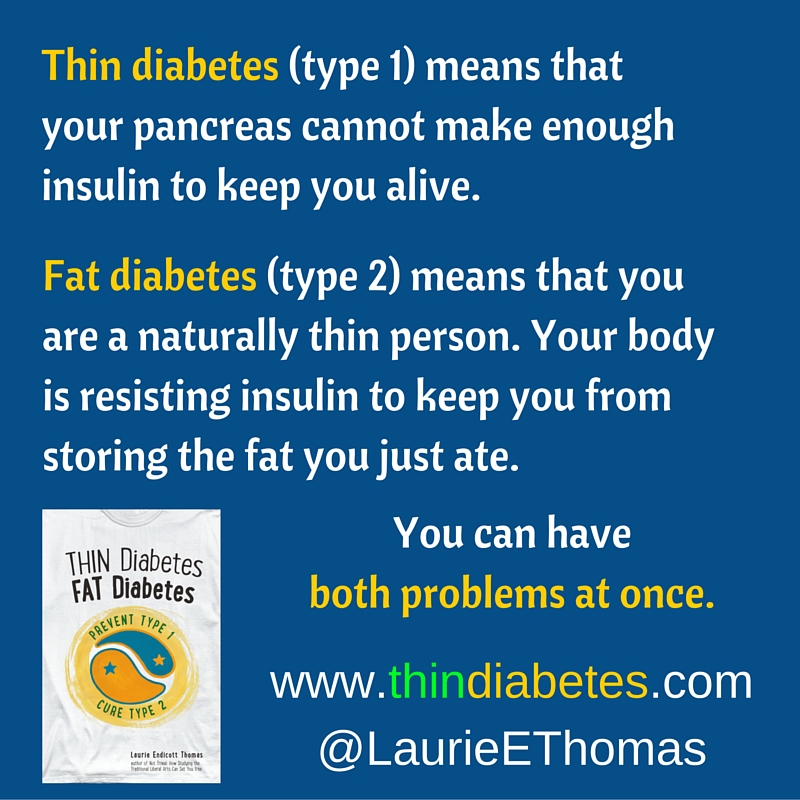 Scientists have known since the 1930s that the more carbohydrate you eat, the more sensitive your body becomes to insulin. In the 1940s and 1950s, Dr. Walter Kempner of Duke University used to teach his diabetic patients to eat nothing but rice, fruit, and sugar. More than 90% of the calories from that diet came from carbohydrate (starch and sugar). Yet that high-​carb diet caused his patients’ blood sugar to come down. The patients with fat diabetes recovered from their diabetes. The patients with thin diabetes needed to reduce their dosage of insulin. This diet was also good for the patient’s heart, eyes, and kidneys. Yet there is one word of warning. A high-​carbohydrate diet is so effective against diabetes and high blood pressure that diabetic patients must talk to their doctor before making a change even to a healthy diet. Otherwise, they could end up in trouble from low blood pressure or low blood sugar.