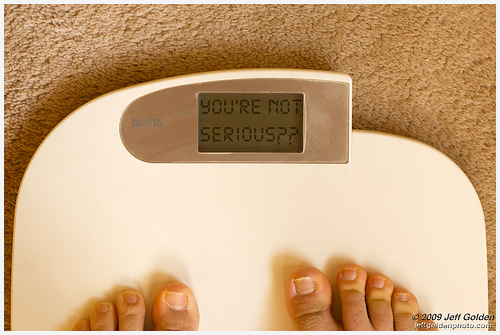 Every New Year’s Day, countless people with type 2 diabetes vow to lose weight by eating less carbohydrate. Yet as I explain in my book Thin Diabetes, Fat Diabetes, that approach is doomed to failure. If you want to lose weight and control your blood sugar, try a high-​carb diet instead:

This kind of diet helps you lose weight without feeling hungry. It also reverses type 2 diabetes and helps improve blood sugar control and overall health in people with type 1 diabetes. (Anyone who is taking prescription drugs should talk to their doctor before starting this diet.)

The value of this kind of low-​fat vegan diet was understood in Biblical times. The book of Daniel describes how Daniel and other Judean noblemen were being held captive in the royal court of Babylon. Like everyone else at court, they were expected to eat the rich food. However, this food was not Kosher. The meat and wine had been offered as sacrifices to the pagan gods. To avoid eating ritually impure foods, Daniel and his friends ate nothing but plant-​based foods and water. When the overseer heard about this, he warned Daniel that the king had decided what they were supposed to eat. Daniel suggested that he and his friends be allowed to eat their vegan diet for 10 days, as an experiment. At the end of 10 days, Daniel and his friends looked so much better than the other youths, they were allowed to keep eating their plant-​based diet.

Type 1 diabetes means that your pancreas cannot make enough insulin to keep you alive. French doctors called it thin diabetes (diabète maigre) because it caused the body to waste away rapidly. In contrast, if you have type 2 diabetes (French doctors call it diabète gras or fat diabetes), it means that you are a naturally thin person eating an unnaturally rich diet. You are eating too much fat and too little carbohydrate. As a result, the fats overfeed your fat cells before the carbs satisfy your appetite. If you are a naturally thin person, your body will start resisting the effects of insulin, to keep you from storing more fat. As a result, your blood sugar can be abnormally high even if your pancreas is making abnormally large amounts of insulin. The surprising solution to this problem with blood sugar is to eat more carbohydrate and less fat. The more carbohydrate and less fat you eat, the more sensitive your body becomes to insulin and the more stable your blood sugar becomes. I explain this in detail in my book Thin Diabetes, Fat Diabetes: Prevent Type 1, Cure Type 2.

We now have scientific data on the effects that Daniel’s diet would have had. The McDougall Program is a 10-​day live-​in program that gives patients an all-​you-​can-​eat buffet of low-​fat, high-​carbohydrate, purely plant-​based (vegan) foods. The patients are told to eat until they feel full, and to eat a lot of starchy foods. The patients get a physical examination and bloodwork on day 1 and day 7. The results for 1615 patients who went through the program were reported in an article in Nutrition Journal. Half of the patients lost at least 3 pounds within 7 days, even though they could eat until they felt full. There were sharp decreases in blood pressure and blood sugar. Roughly 90% of the people who had been taking pills for blood pressure or blood sugar reduced their dosage or quit taking them altogether by the end of the 10-​day program. Blood cholesterol also dropped sharply.

So if you want to lose weight and reverse your type 2 diabetes, you can make a simple New Year’s Resolution. Just switch to a low-​fat, vegan diet. And be sure to eat plenty of starch!