Recently, I saw that a friend of mine had posted on her refrigerator a simplified list of food exchanges for diabetics. She does not have diabetes, so I asked her why she would need a diabetic diet exchange list. She said that she wants to lose weight. I tried to explain that the exchange system is not a weight-​loss plan. Its purpose is to help people with type 1 diabetes (insulin-​dependent diabetes) figure out how much insulin to inject. She said that she was using the list to help her count calories.

I tried to explain that counting calories is not an effective way to lose weight. She looked at me as if I’m nuts. She believes that she knows far more about dieting and weight control than I do. After all, she has been dieting for years because of her stubborn weight problem. She therefore has years of experience in counting calories and estimating portion sizes. She’ll diet and lose a few pounds, then gain them right back. I have no personal experience with dieting. Because I have eaten a low-​fat, high-​fiber, starchy diet all of my adult life, I have never been overweight. I just eat grains and beans and vegetables and fruit until I feel full.

The diabetic exchange system or diabetic exchange list is an approach to meal planning. It was introduced in 1950 by the American Diabetes Association and the U.S. Public Health Service. It has been revised several times since then. The purpose of the exchange system is to help people with type 1 diabetes estimate how much carbohydrate (sugar and starch) is in a meal. Once they know that, they supposedly can figure out how much insulin they will need to keep their blood sugar from going too high or too low after they eat the meal. The idea is that the more carbohydrate you eat, the more insulin you would need. But when diabetics switch to a high-​carbohydrate diet, they typically have to reduce their insulin dosage. The more carbohydrate they eat, the more sensitive their body becomes to insulin.

Before the exchange system was introduced, people with type 1 diabetes often ended up eating a strict, boring diet. To keep their blood sugar stable, they often ate the same amount of the same foods day after day. The exchange system made it easy for them to add variety to their diet. For example, it tells them that a slice of bread has the same carbohydrate content as a 6‑inch tortilla or a third of a cup of rice. In other words, the person with type 1 diabetes could exchange a slice of bread for the tortilla or the rice. Of course, nondiabetic people would not need to count carbs or worry about exchanging one carbohydrate source for another. Their pancreas automatically makes as much insulin as they need.

Some modern experts on diabetes do not recommend the exchange system, not even for diabetics. One problem with the diabetic exchange system is that it includes many foods that are not good for human beings in general and that are particularly bad for human beings with diabetes. For example, the exchange system includes lists of meats, dairy foods, eggs, and fish, as well as lists of fats and processed junk foods. Animal-​source foods are fattening because they contain lots of fat but no fiber or starch. Animal-​source foods also contain cholesterol. The fat and cholesterol can clog the arteries, leading to heart attacks and stroke, particularly in people with diabetes. Animal-​source foods also contain way too much protein. An overload of protein is bad for the kidneys, which are already stressed by the diabetes. Heavily processed “junk” foods also contain too much fat or concentrated sugar and little or no fiber.

Another problem with the diabetic exchange system is that fat intake and exercise levels also affect insulin requirements. For this reason, Dr. John McDougall discourages his diabetic patients from using the exchange lists or counting carbs. Instead, he encourages them to eat a consistently high-​carbohydrate, low-​fat diet, to boost their insulin sensitivity. Insulin doses are then based on their recent requirements and their activity levels. (Exercise is sometimes called the invisible insulin because it decreases blood sugar levels.) 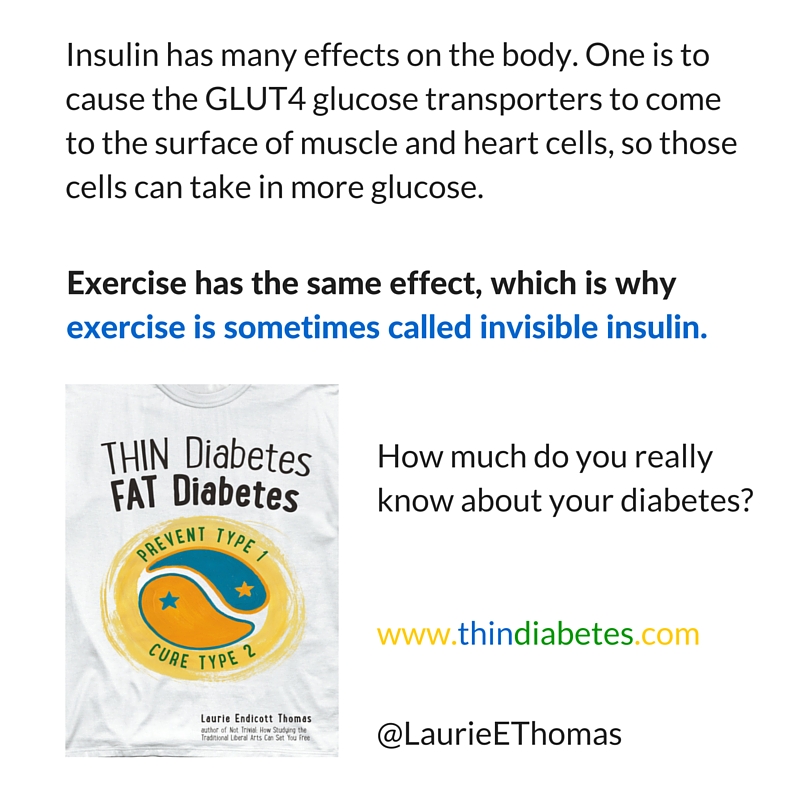 Scientists have known since the 1920s that high-​carbohydrate, low-​fat diets are good for people with diabetes. Yes, starchy and sugary foods do deliver a lot of sugar (glucose) to the bloodstream. But a low-​fat diet also makes the body much more sensitive to insulin, whether the insulin is being injected or being produced naturally by the pancreas.

The exchange lists might not be useful for people with type 1 diabetes. They are certainly not useful for promoting weight loss, not even for diabetics. My nondiabetic friend was using the diabetic exchanges as a way to count calories. Yet calorie counting and portion control do not work well for weight control, which is why my friend remains overweight despite her repeated attempts at dieting. The reason is simple: calorie counting and portion control are unnatural acts.

Wild animals never count calories. They never limit their portions. Nor do they ever sign up for step aerobics. Wild animals stay slim, even when they are surrounded on all sides by their favorite food, because they eat the kind of food that is right for their body. It has the right calorie density: the right number of calories per pound of food. If they need more calories, their appetite will naturally lead them to eat more food. Once they meet their need for calories, they stop feeling hungry. As a result, they eat just enough food to maintain a healthy weight. 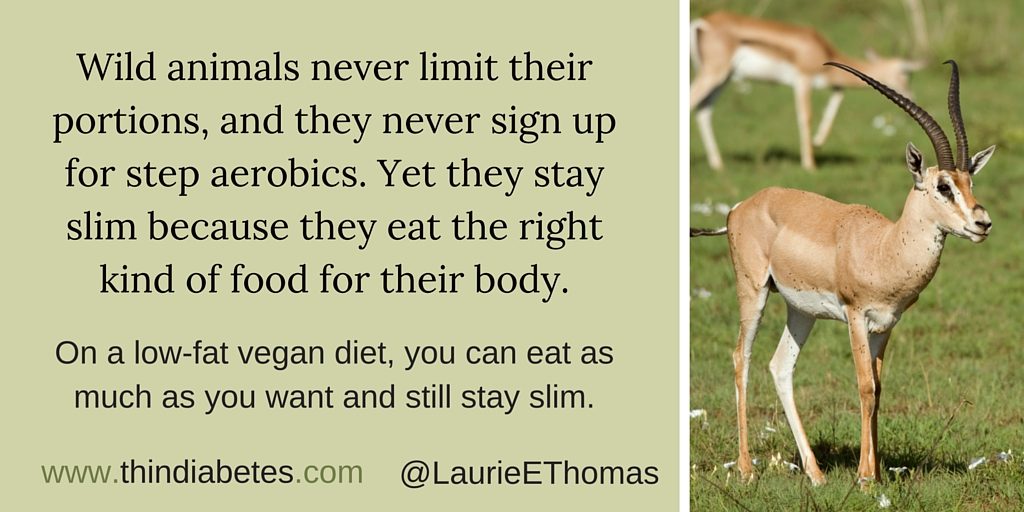 If you are overweight, chances are that the problem is not your metabolism or a lack of will-​power. You are simply eating foods that are too rich. Rich foods provide too many calories per pound of food. As a result, you may have to overeat to feel full. If you stop eating rich, fatty foods and instead base your diet on unrefined starches and vegetables, your appetite will be satisfied by a reasonable amount of food. As a result, your weight will normalize itself, even if you eat enough food to feel full. 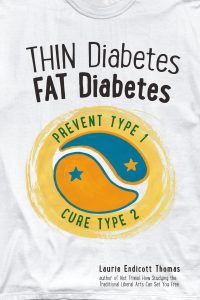